History of the Castle Hotel...

The Castle Hotel was formerly a matching pair of Georgian houses. The houses were originally designed by John Ensor who was a pupil of Richard Castle, a famous architect who designed many of the great Irish houses including Russborough House, Leinster House and Powerscourt House. John later succeeded to Castle's practice after the latter's death in 1751 and supervised the erection of the Rotunda Hospital; he designed the adjoining Round Room or Rotunda.

Both houses were purchased by a Ms Mc Crory and opened as a hotel called the Norfolk Hotel.  In the 1900’s the hotel was sold and renamed The Leix Hotel and in 1930 it was sold to Mr Donal O’Connor who along with his wife acquired the 2 adjoining houses and in 1956 they opened the doors to the new Castle Hotel.

In 1986, Fionn MacCumhaill agreed to purchase the buildings and further extended the Castle Hotel over the years.  In 1996 he approached the Walton family (Owners of Walton's Music Shops) with a view to creating a larger hotel by interconnecting the Walton's terrace at North Frederick Street.  Fionn MacCumhaill purchased the interest of the Walton family in 2008 and continues to maintain these very historic properties as a hotel.

The Castle Hotel is fine example of Georgian houses of the period. It is galleried on every floor and has two centrally positioned period staircases. It still retains many of the original marble fireplaces much of its original plasterwork has been restored.

The Castle Hotel has been host to many famous people over the years such as Michael Collins and Eamonn de Valera who stayed during the troubles and in modern times our guests have included soap opera stars, writers and musicians including “The Cranberries” in their early days. 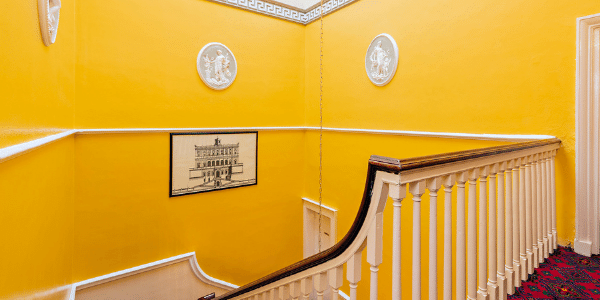 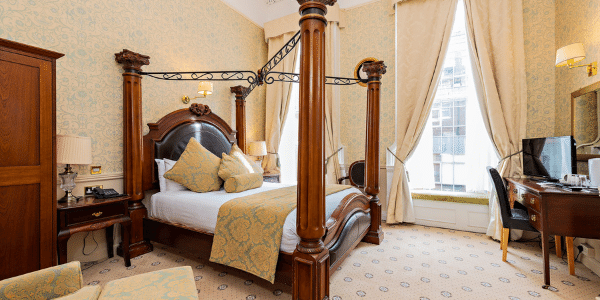 Why Book With Us?

Book Your Stay
Why Book With Us?

Accept All Reject All Settings