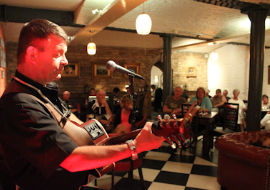 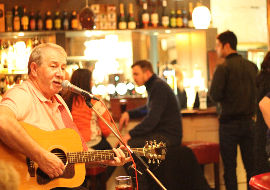 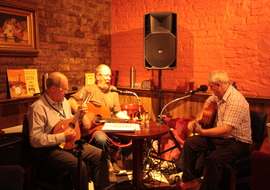 Irish Traditional Music (also known as Irish trad or Irish folk music) is a unique sound which is at the core of the Irish culture and History. Traditional Irish instruments such as The Irish Fiddle, Banjo and Bodhrán (Pronounce Bow'Rawn) play an essential role in making Irish Music unique, combine these together with the Flute, Whistle, Accordion and Banjo and you have a sound that just makes you want to clap your hands and stamp your feet!

Our Live Traditional Irish Music Nights are from Monday to Sunday*

All music starts at 8.00 pm till late, downstairs in The Castle Vaults Bar & Restaurant. Irish Dancing from 9.00 pm

*Some of our frequent Guest Singers include Mick Dunne, Joe Wynn, Daoiri Farrell, and Mick May.


**Acts are subject to change

Why Book With Us?

Book Your Stay
Why Book With Us?

Accept All Reject All Settings